A bit of background

Mine is a humble design studio located in beautiful Lismore, NSW. My freelance colleagues and I are passionate about vibrant, intelligent and dynamic visual communication that’s inspiring, distraction free and that exemplifies elegance in problem solving. 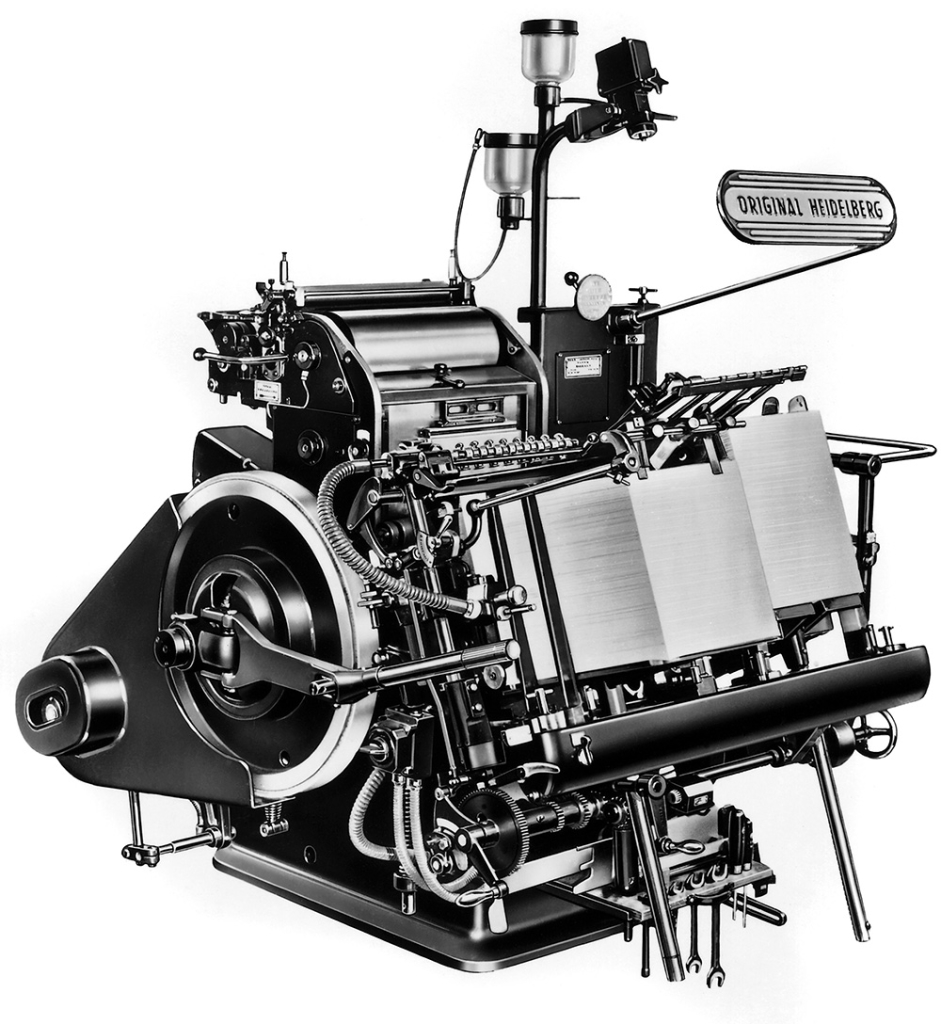 Arriving here has been a fascinating and enriching journey which bares a striking resemblance to the “recent” history of printing and graphic arts and provides me with cause for reflection as I race towards my 30th year as a part of it.

I started my journey into the world of Print and Graphic Design on one of these back in 84. It’s a Heidelberg Platen and though I didn’t know it then, a astonishing bit of engineering beauty. While the timeline is vague, I remember every detail of this machine’s function and the beauty that LetterPress printing can conjure.

As a printing apprentice, your first port of call was to soldier the often cruel practical jokes of well meaning Tradesmen, who “gave you heaps” if only because they themselves received same when they were first indentured. Your second port of call (in those days) was Letterpress either on a platen or Heidelberg Cylinder, it’s larger cousin.

This machine was my best friend and potential nemesis for the second year of my apprenticeship and I used it to create many a mess and many a masterpiece. Under the guidance of Bob Brown, a Master then in his mid seventies, I learned all of the in’s and outs of letterpress printing.

While doing so, I remember looking longingly at the larger, more state of the art offset equipment like the Heidelberg MOZP, a relatively recent aquisition which I witnessed being delivered and un-packed covered wax and oil to stop it rusting in transit from Germany. Then one day my Boss came over with a Tradesman and told me that soon I’d have to start learning how to run it given that I could demonstrate mastery over the critical RYOBI small offset to master, followed by a Heidelber KOR and then the lovely GTO56.

Alas, because of the persistent culture of “practical jokes” from the Tradesmen during my apprenticeship, I received my papers with a heavy heart and a competency at a trade that I vowed to stay well away from.

It wasn’t until many years later and after a patchwork career in hospitality and sales, that I re-discovered the Printing Trade through new eyes and under the thoughtful guidance of Forch Divito at Fivedock Printing. He and his family owned business was a perfect example of how a small to medium sized print shop should function, beautifully enveloped in the very Italian precept of “RESPECT”.

I will be forever grateful to Forch, Mr. Divito (his Father) and Tony (AKA Rembrant) for so sensitively teaching me the meaning of that word.

My Competitive Advantage in Designing for Print, has been that as a Trade Qualified Printer, I’ve been able to design for the whole process; often saving my customers considerable expense.